How to reduce violence? Get rage causing lead out of the water. How? A combination of removing the lead using a natural process called phytoremediation from the soil and by using hemp and 3d printing to create a new infrastructure that does not have lead pipes yet does have ample water cleaning stations throughout the process from source to consumption.

It is time to review government approved legal levels of lead in our water and soil. There is substantial evidence that lead causes violent behavior going back to the age of Ancient Rome that used lead pipes to deliver water to citizens. The theory that 'Nero fiddled while Rome burned' is in reference to the people driven mad from the water flowing through the lead pipes from the aqueduct to the buildings. We can do a lot to save ourselves with a little bit of common sense.

Even in modern times, whenever my attention is drawn to a USA violence problem, i.e. Detroit, Michigan and Chicago, Illinois, there is a problem with too much lead in the water in that city/town. The mental health condition use to be called plumber's or painter's colic.

"Violent and anti-social behavior is usually attributed to social factors, including poverty, poor education, and family instability. There is also evidence that many forms of violent behavior are more frequent in individuals of lower IQ. The role of exposure to environmental contaminants has received little attention as a factor predisposing to violent behavior. However a number of environmental exposures are documented to result in a common pattern of neurobehavioral effects, including lowered IQ, shortened attention span, and increased frequency of antisocial behavior. This pattern is best described for children exposed to lead early in life, but a similar pattern is seen upon exposure to polychlorinated biphenyls and methyl mercury. Although not as extensively studied, similar decrements in IQ are seen upon exposure to arsenic and secondhand smoke (SHS) exposure. Prenatal and postnatal SHS exposure is also associated with increased rates of conduct disorder and attention deficit hyperactivity. Recent evidence suggests that temporal trends in rates of violent crime in many nations are consistent with earlier preschool blood lead trends, with a lag of about 20 years. These ecologic correlations are consistent with many controlled studies suggesting that lead exposed children suffer irreversible brain alterations that make them more likely to commit violent crimes as young adults. If this pattern is true for lead and other contaminants, the most effective way to fight crime may be to prevent exposure to these contaminants." May? It's time to stop being trifling and clean up our environment. The problem is not the gun, it is the mind controlling the finger on the trigger.

While some politicians lie and say the cause of violence is guns, the real cause of much if the violence could be too much lead in the water. That's something we can fix, thereby dramatically reduce our violence level from a proven root cause. At the bottom of this article is a list of studies and articles on the subject.


CNN’s United Shades covered the violence in  lead problem since the last century. There's also Flint where the government intentionally put lead in the water and many other places. The water from Flint runs into Detroit. Chicago has old lead pipes built into its infrastructure. The list of areas with a lead problem is long and unattended.

We must fix this by 5D, 4D, 3D printing a new infrastructure made from locally grown hemp to replace toxic lead in the pipes with non-toxic materials.

LEAD CAUSES VIOLENT BEHAVIOR - GET THE LEAD OUT!
How?


1. Use hemp to clean the soil via the science of phytoremediation.

"Phytoextraction has been proven effective at a brownfields site in Trenton, New Jersey for remediation of lead-contaminated shallow soils (Blaylock et al., 1996). Approximately 50% of the lead was removed from the surface soil (~ 700 mg/kg) in order to achieve clean-up standards (400 mg/kg) in one year using Brassica juncea, a relative of the mustard family. For phytoextraction to be effective, one needs vigorously growing plants (and 3 tons dry matter/acre-yr), an easily harvestable aboveground portion, and a plant that accumulates large amounts of metals (~ 1000 mg/kg) in aboveground biomass. To achieve clean-up within three to five years, the plant must accumulate about ten times the level in soil (for example, if the level in soil is 500 mg/kg, then the concentration in the plant must be almost 5000 mg/kg to clean-up the soil in a few years). Some sites have metals that are bioavailable while others do not. Generally, cadmium, nickel, zinc, arsenic, and copper are relatively bioavailable while lead, chromium, and uranium are not taken-up and translocated to the harvestable biomass. Plants which accumulate nickel, cobalt, copper, manganese, lead, zinc, and selenium have been reported in the literature (Kumar et al., 1995). Zinc and boron are phytotoxic to some plants at levels above 200 mg/kg in soil. Addition of EDTA (0.5 to 10 µg EDTA/kg soil) has greatly enhanced the bioavailability of lead, but the enhancement must be weighed against the increased probability of lead migration to groundwater. Mathematical modeling of water movement and metals transport may be required to further understand the fate of lead under these conditions." (pages 14 and18 of the .pdf)

2. Use 5D, 4D and 3D printing to rebuild our infrastructure using hemp as the primary raw resource material.

Clean water on the memory level i.e. Hydreva to remove toxins that cause both physical and mental health problems that are proven to be a cause of violence and many other problems in search of solutions. 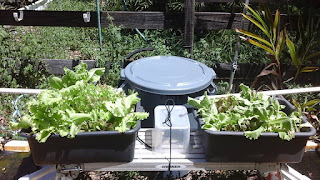 Above plants grown under identical conditions
with and without Hydreva

We must act now! A key to reducing violence is to remove the excess lead and other toxins that are harming us. We must combine science and common sense to reach necessary truths so we can restore balance.

As was the case with crack and AIDS, the victims of government policies are blamed for not being able to overcome the scientific results. A report called The Color Of Crime, 2016 Edition was published that says the USA violence problem is rooted in race:

• "The evidence suggests that if there is police racial bias in arrests it is negligible. Victim and witness surveys show that police arrest violent criminals in close proportion to the rates at which criminals of different races commit violent crimes. • There are dramatic race differences in crime rates. Asians have the lowest rates, followed by whites, and then Hispanics. Blacks have notably high crime rates. This pattern holds true for virtually all crime categories and for virtually all age groups. • In 2013, a black was six times more likely than a non-black to commit murder, and 12 times more likely to murder someone of another race than to be murdered by someone of another race."Once again, it is time to look beyond the effect and get to the real cause of violence. I grew up in a large family in the middle of the last century with a back porch full of guns. Nobody shot anybody.


The report does not factor in what's called environmental racism, where minority communities are subjected to excess amounts of lead and other toxins. For example, with buildings from the 1930's and 40's still standing in use, Harlem is surrounded by 5 open sewers, 3 of 4 sides with major highways in close range that use to throw off lead from the cars, etc.

Of course with nuclear, fracking, GMO's, oil spill technology, etc., it's getting environmentally bad for all of us.

I'm still researching and putting this tapestry together.


We already know based on results the answer to those questions.

Below is a list of studies, papers, articles on the subject of lead as a cause of violent behavior i.e. Harvard paper and a Mother Jones piece. Forbes  also has an excellent article on the subject.

My blog entry Phytoremediation - Nature's Peaceful Solution To Industrial Pollution has many articles and videos on the science of phytoremediation, i.e.

"Overall, phytoremediation has great potential for cleaning up toxic metals, pesticides, solvents, gasoline, and explosives. The U.S. Environmental Protection Agency (EPA) estimates that more than 30,000 sites in the  alone require hazardous waste treatment. Restoring these areas and their soil, as well as disposing of the wastes, are costly projects, but the costs are expected to be reduced drastically if plants provide the phytoremediation results everyone is hoping for."

Harvard Study on lead and violence.

A Brief History Of Lead Poisoning In Major Cities

The Nation's Poisonous Water Problem Is Far Worse Than You Think

Govt. knew about Camden lead problem since the beginning of this century, at least

Sick Kids Are Just the Beginning of America’s Lead Crisis

ROMAN EMPIRE'S FALL IS LINKED WITH GOUT AND LEAD POISONING

22 of the world's most polluted cities are in India

This piece is a continuation of the work done at an amazing meeting in Kyoto, Japan on July 2, 2016, the Kyoto Hemp Forum, produced by the Japan Hemp Association. The event discussed the hemp solution to climate change.

This international gathering radically intensified research on the need to, as Paul Stanford says, RESTORE HEMP! The group is going forward to promote and unite farmers to get hemp and other phytoremediation seeds into the ground.

In addition to climate change, hemp phytoremediation removes many toxic metals from the soil with its 6 foot root system. One of those metals is lead, a cause of many physical health problems and violent behavior.

It's old school knowledge that the best way to solve a problem is at the level of cause. Since one of the cases of violence is lead, it's time to get the lead out.


Let me know what you think, please.

"Using computers and other technology to help people be free."

About J. Nayer Hardin, Founder of and a Conductor on
the Computer Underground Railroad
a cyber division of the original